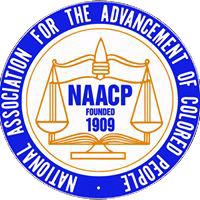 The Race Riot of 1908 in Springfield, Illinois, the state capital and President Abraham Lincoln‘s hometown, was a catalyst showing the urgent need for an effective civil rights organization in the U.S. In the decades around the turn of the century, the rate of lynchings of blacks, particularly men, was at an all-time high. Mary White Ovington, journalist William English Walling and Henry Moskowitz met in New York Cityin January 1909 to work on organizing for black civil rights.They sent out solicitations for support to more than 60 prominent Americans, and set a meeting date for February 12, 1909. This was intended to coincide with the 100th anniversary of the birth of President Abraham Lincoln, who emancipated enslaved African Americans. While the first large meeting did not take place until three months later, the February date is often cited as the founding date of the organization.

The NAACP was founded on February 12, 1909, by a larger group including African Americans W. E. B. Du Bois, Ida B. Wells, Archibald Grimké, Mary Church Terrell, and the previously named whites Henry Moskowitz, Mary White Ovington, William English Walling (the wealthy Socialist son of a former slave-holding family),[17][18] Florence Kelley, a social reformer and friend of Du Bois; Oswald Garrison Villard, and Charles Edward Russell, a renowned muckraker and close friend of Walling. Russell helped plan the NAACP and had served as acting chairman of the National Negro Committee(1909), a forerunner to the NAACP.

Du Bois played a key role in organizing the event and presided over the proceedings. Also in attendance was Ida B. Wells-Barnett, an African-American journalist and anti-lynchingcrusader. At their second conference on May 30, 1910, members chose the new organization’s name to be the National Association for the Advancement of Colored People and elected its first officers:

The NAACP was incorporated a year later in 1911. The association’s charter expressed its mission:

To promote equality of rights and to eradicate caste or race prejudice among the citizens of the United States; to advance the interest of colored citizens; to secure for them impartial suffrage; and to increase their opportunities for securing justice in the courts, education for the children, employment according to their ability and complete equality before law.

Designed and Powered by Dignified Digital